The Market Street Railway Mural is a captivating work of street art, depicting a birds-eye view of San Francisco’s Market Street. The mural is divided into vertical sections, each portion corresponding to different moments of its history. It is extremely specific to its Market Street location, showcasing the site’s vital role as a public space for community gathering, activism, and collective expression over the last century

Street-view of the energetic, site-specific mural

The different panels of the mural, corresponding to unique historic periods

Caron elaborates on her enthralling mural: “I tried to show the urban street as a place of creative outlet, where fashion, lifestyle, artistic expressions, and political views are formed and spread…This is meant as a tribute, to the urban center as a place uniquely suited for active democracy, and irreplaceable as such. It is a place where history happens, where abstract concepts such as democracy or power struggle become visible at times.” 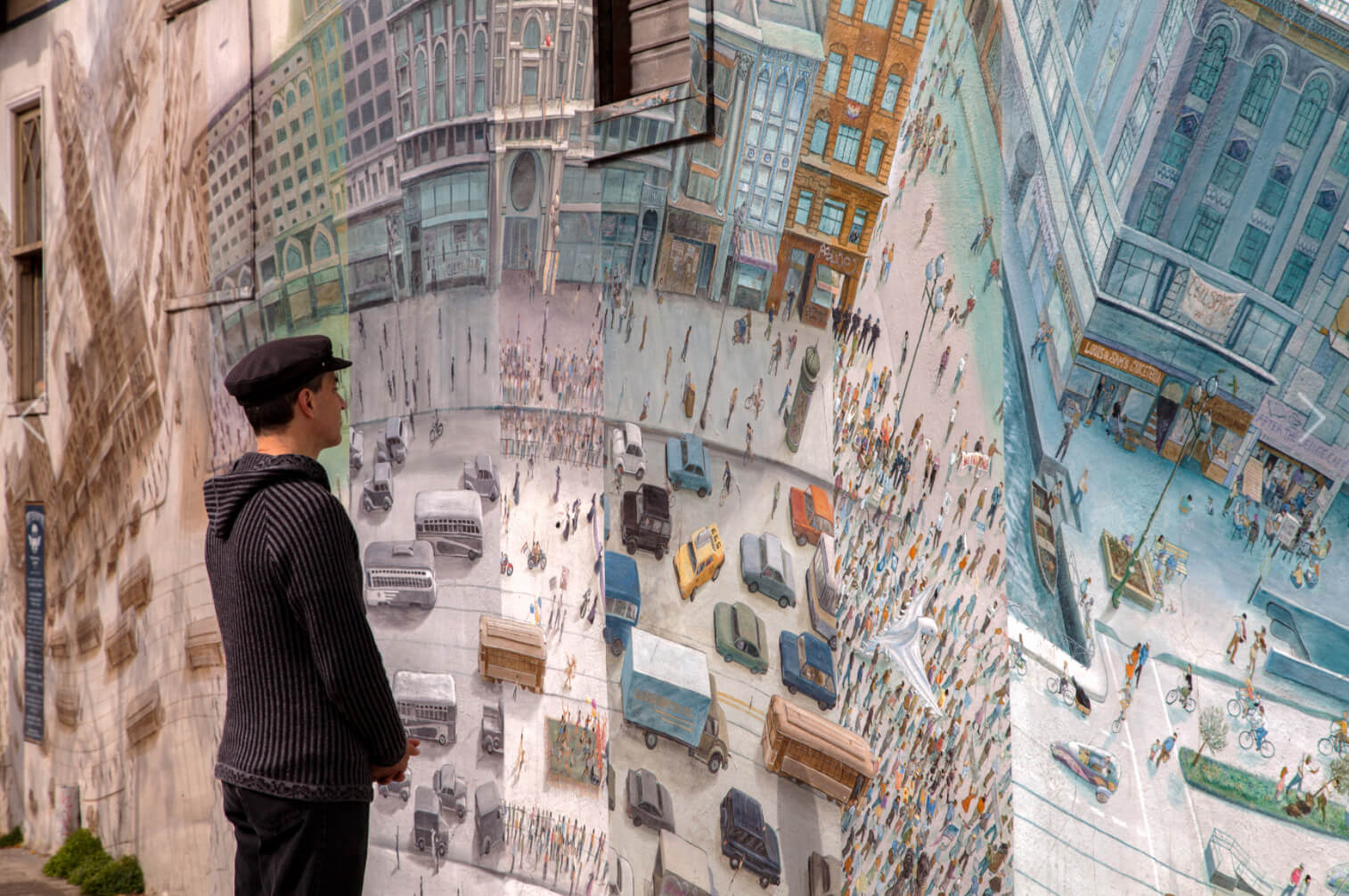 The one thing that remains constant through the changing panels of the mural is the Market Street Railway. The work explores architectural and transportation history, while illuminating the ways in which the street has been used as a place of public assembly. Streetcars ride along the railway, through these historical events, culminating in a final panel depicting an envisioned harmonious future.

The final panel, an imaginative depiction of a utopian future

The vibrant street scenes are an homage to the whole of San Francisco, a city that has always valued creating new ways of utilizing shared spaces to communicate, inspire, and collaborate. However, for Caron, the importance of the mural lies less in the finished product, and more so in the community’s involvement and interaction with it. By visually demonstrating the radical evolution of a single location, the illustration of a utopian future aims to inspire viewers to cultivate positive change. The artist declares, “To me, the greatest accomplishment of the public mural is creating a dialogue among viewers, discussing not the painting per se, but the subject matter that I’m illustrating. I love it when this happens while I’m still painting, because I get to witness and participate in that discussion.”