The Russian Deer A Dignified Symbol of a Momentous City

The Russian Deer is a graceful stainless-steel sculpture by Gabor M. Szoke made for the city of Nizhny Novgorod, one of the largest cities in Russia. The 5-meter-long artwork was commissioned by the mayor of Nizhny Novgorod and the Honorary Consul of Hungary, who personally asked the artist to create a new symbol for the city. The majestic sculpture is ideally located, situated on the bank of the Volga river between the old town and the popular promenade of the city. Its location perfectly typifies the vast opportunities of the city, as well as highlight aspects of its rich history. 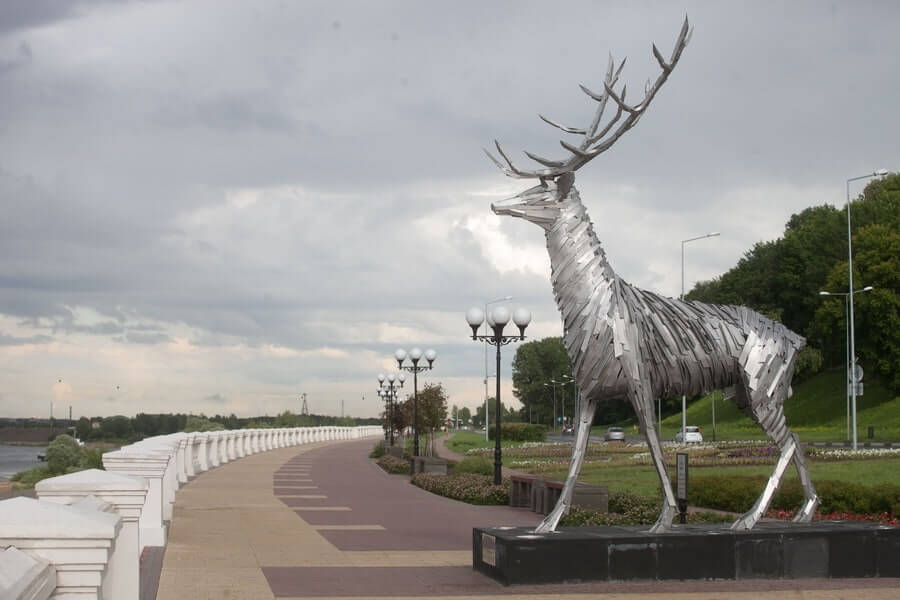 View of the promenade featuring the site-specific sculpture

Nizhny Novgorod is a significant financial, educational cultural, and transit center for the country. It is also a popular location for river tourism and home to historical universities, museums, and churches. During the Soviet period, the city was an important industrial center. After destruction to the city during WW2, citizens undertook a rebuilding initiative that has allowed Nizhny Novgorod to flourish to this day. 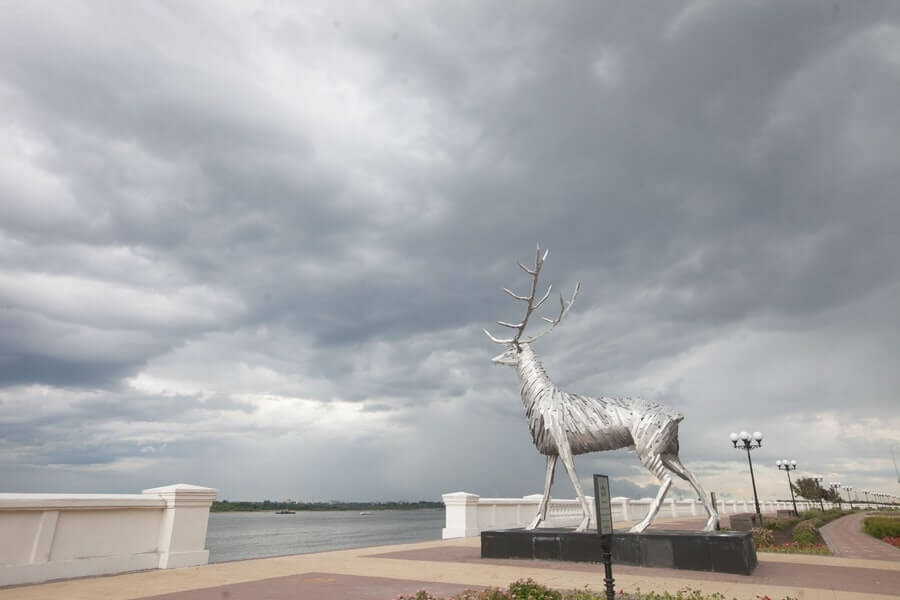 This impressive resilience is personified by Szoke’s Russian Deer. Known primarily for his impressive large-scale animal sculptures, Szoke describes his own style as industrial-imperial. The artist leans towards heavy, natural, and high-quality materials. With his aesthetic, he reinvents archaic concepts in a contemporary manner. His choice of materials perfectly represents the city’s role as a major industrial center, while the deer’s regal pose reflects a dignified pride underlining the city’s cultural identity. 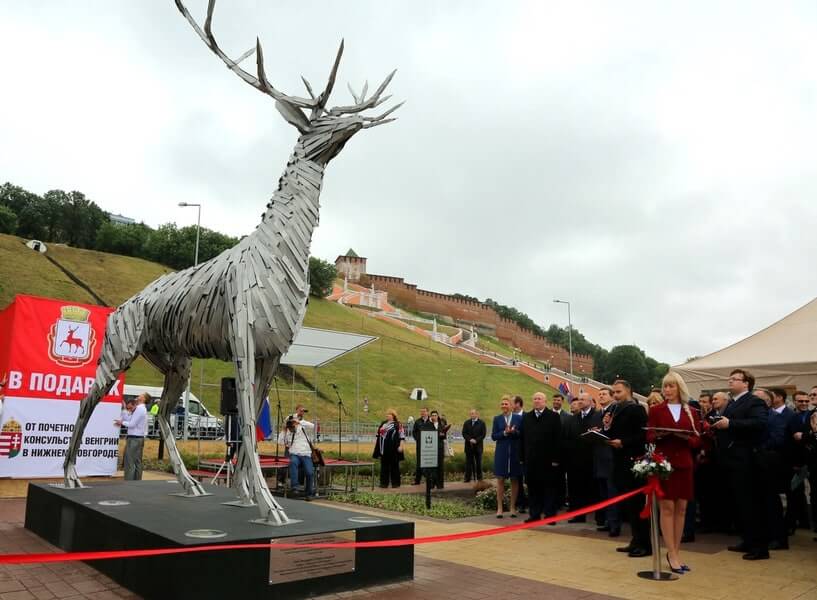 Based in Budapest, Szoke has become an internationally respected sculptor, creating public artwork around the world. Travel has had a profound effect on the artist, who credits his time abroad as a major source of inspiration. His experiences in different continents showed him the capability of public art to become a defining and emblematic element of its surroundings. 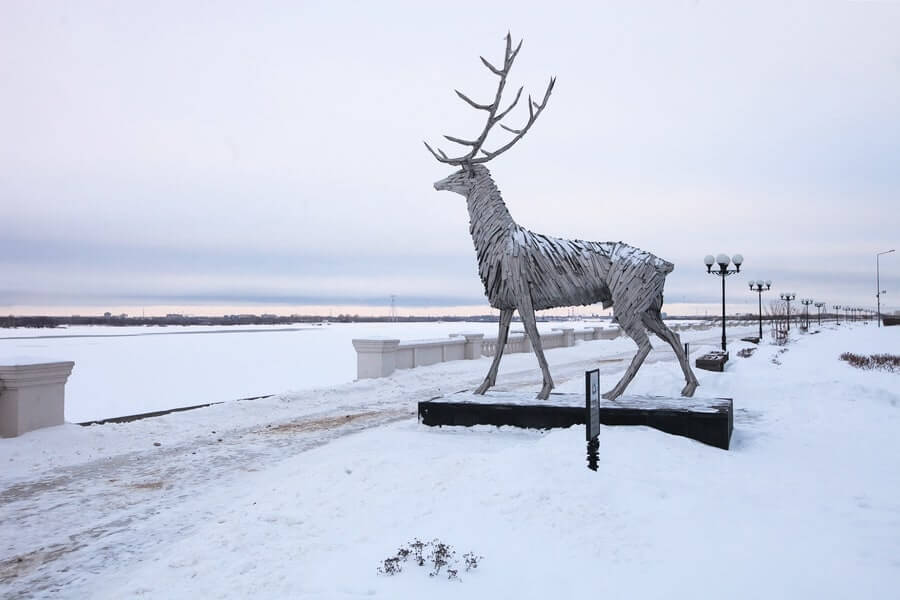 Szoke aims to inform and enrich environments with his public art. However, he avoids the traditional approach of marble and bronze sculpture. Rather, he reinterprets classical public tributes with modern materials that correspond to our contemporary society. His works are highly durable, with the goal of lasting for future generations. In his world, baroque grandeur and the strict functionality of industrialism can harmoniously coexist.